On Thursday night, Asquith Soccer Club were one of the NSFA clubs chosen to be part of the Grassroots events for the Sydney FC A-League final season game against Perth.

Ten of our Asquith kids were given a great experience to not only play a 5 v 5 game on the field at half time – but participate in the Pre-game March around the stadium to the cheers of all the supporters at the game. They also celebrated the career of Alex Brosque who is playing his final season for Sydney FC.

The kids had a ball – and was great to see the Blue and White of Asquith represented at the ground! 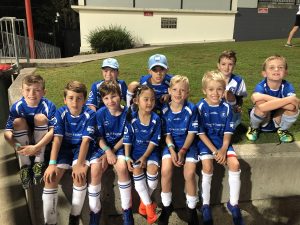 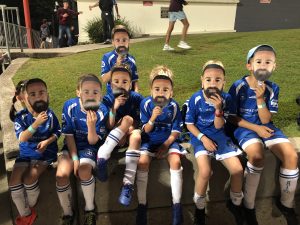 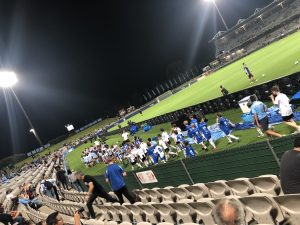 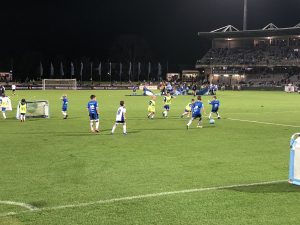