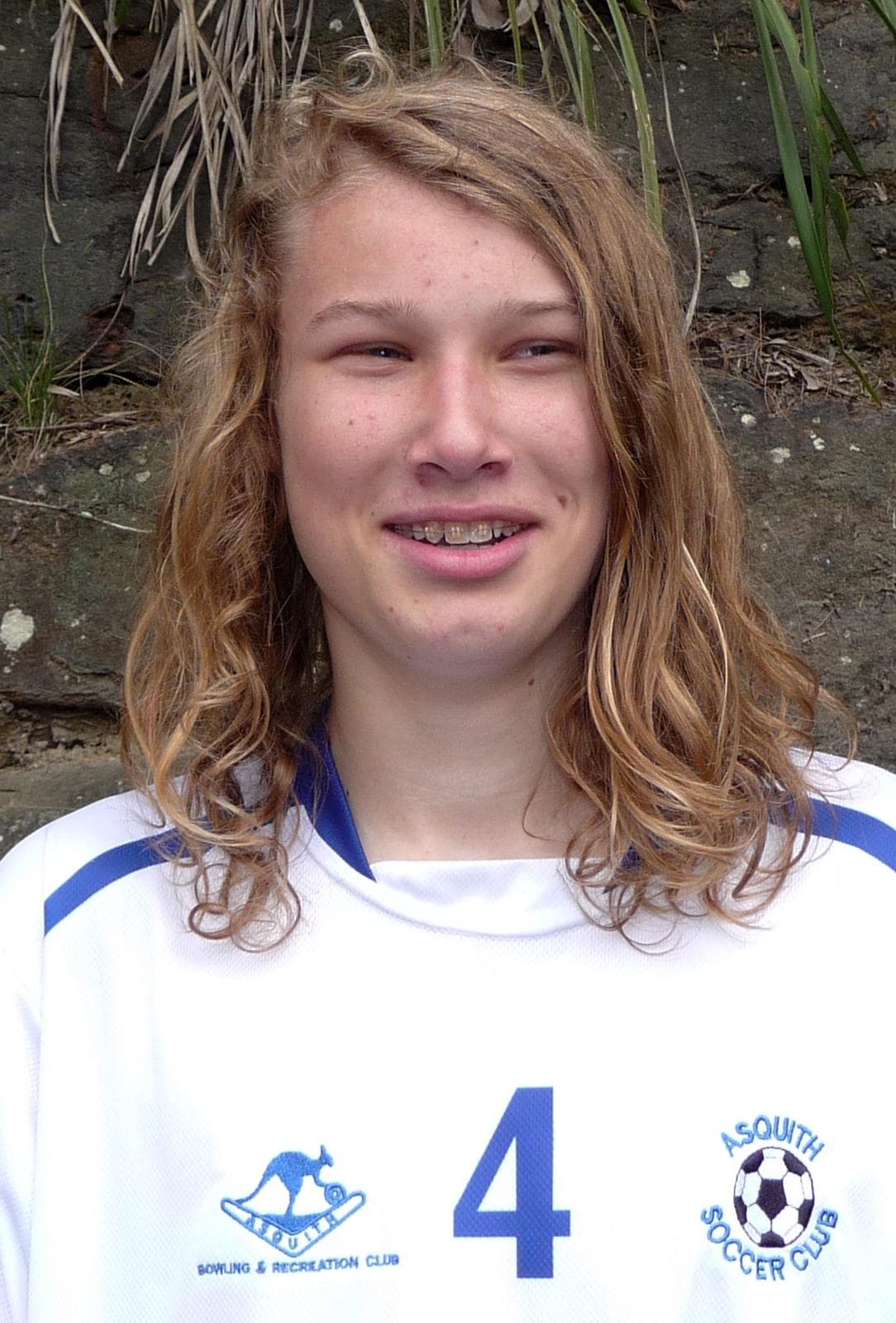 Lucas’s funeral is this Friday 2nd August, 11am at Turramurra Uniting Church.
The Asquith Soccer Club mourns the passing of one of its former favourite players, Lucas Fowler. Lucas played for Asquith for 10 years from 2003 to 2012. Throughout his decade with the club Lucas was a regularly at training and a certainty to be on the Saturday match card.
Lucas enjoyed the attributes of long legs and a passion for involvement. He was never a player to step back and could always be expected to play a full match at full speed. To see him in space with the ball at his feet running, hard at goal, was an immense pleasure and sheer delight. Lucas loved his long hair. In full flight he resembled a wild rampant lion on the savannah. Lucas played in the number 4 shirt.
Lucas’s most outstanding characteristic was his unlimited generosity and kindness of spirit. He loved to play football for the delight it gave him, his family and teammates. Lucas always played, trained and supported his team with unshakable optimism and an enormous smile on his face. His gentle nature was infectious, and he enjoyed the highest regard and respect from his mates. His humble and relaxed approach to his team meant he quietly achieved enduring respect from all he met.
Although Lucas was no longer playing for Asquith; he wanted to see the world. But many of his colleagues continue to keep the team together. Lucas will live on in the hearts of all who had the privilege of knowing him.
Farewell
– by Michael Pursche