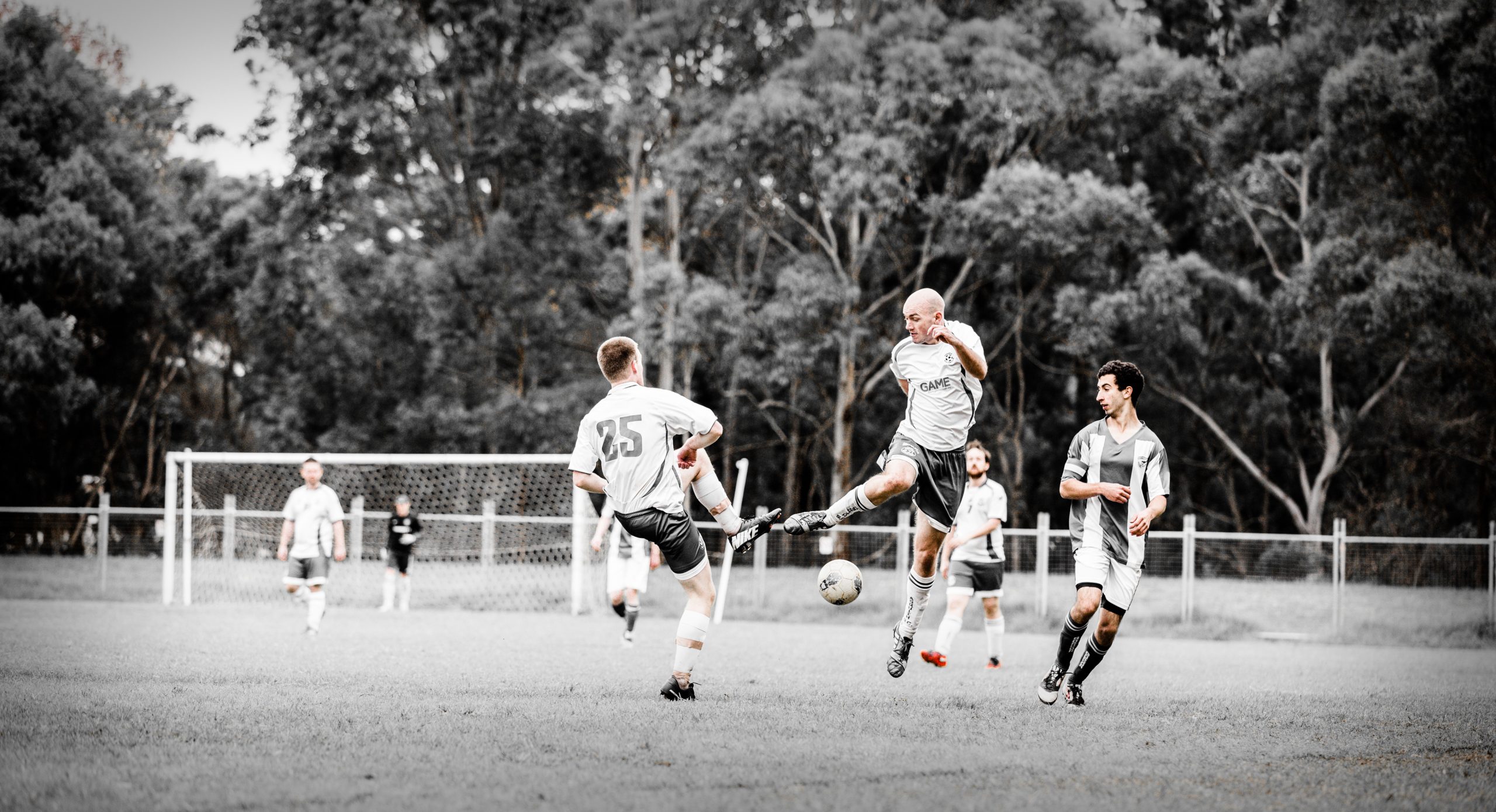 After spending a long and gruelling off season locked away in their velvet-lined port lounge at official GFC headquarters, dissecting season 2010’s various highs and lows and formulating a plan of attack and modus operandi for season 2011, the GFC Brains Trust emerged from their port den, slightly dishevelled and hungover, and immediately set about implementing their plan of attack.

Mercilessly cut from the 2010 playing roster was the thuggish and uncultured Mr Cut himself, Heath “the dutch rudder” Marshall. After a long pursuit, the Brains Trust ultimately admitted defeat in their attempts to snare the Northern Beaches’ favourite footballing show-ponies, Kelvin “the heartbreaker” Anderson and Keane “the Glaswegian terrier” DiPlacito.

They did however succeed in pulling off two major coups by obtaining the prized signature of versatile Asquith journeyman, Chris “don’t hate me because I’m related to Heath” Favaloro, and by re-signing GFC fan favourite from season 1, Nat “my fashion beard makes me look german” Crispin to fill the troublesome goalkeeper’s position.

The other significant off-season development saw the GFC promoted to the division 4 reserve grade competition, presumably a result of the dynamic play and dazzling football with which they set the division 5 competition alight in season 2010.

So with the 2011 squad finalised and a solid 2 months of pre-season training behind them, matchday Saturday saw the hotly anticipated commencement of season 2011 and a welcome return to competitive football for the GFC as they faced the largely unknown Lane Cove West side.

Glorious autumn sunshine greeted the GFC as they arrived at the theatre of footballing dreams and the home of football, Asquith Oval, to find a healthy crowd of loyal GFC supporters, GFC ladies and a sprinkling of GFC alumni gathered for today’s season opener, most notably Michael “amber has the answer” Morgan who paced the sidelines in anticipation, flirting with the GFC ladies, impeccably dressed in his finest Saturday suit.

The match commenced soon after and the first half was a cagey affair, with both sides taking time to find their feet and adjust to the large pitch. The GFC by far had the better of the first half play, with golden boot striking duo, Chris “the vault” Banks and Tim “the postman” Steele in particular looking dangerous.

“the vault” found himself played through with only the keeper to beat, only to “trent” his effort high of the goal. Further good link up play then saw “the postman” presented with an opportunity and his well struck effort, destined for the bottom corner, was miraculously held by the desperate Lane Cove West keeper, and in a most unusual sequence of events, Gareth “the barometer” nearly opened the scoring with a cheeky deflection of his money maker from a corner by “the postman”.

The best chance for the GFC in the first half however fell to Trent “the talisman” Morrow, who’s clever run in-field from the right flank saw him blast an absolute piledriver of a shot at goal only for it to be somehow turned onto the post by the under-siege Lane Cove keeper.

But despite this pressure, the GFC fell behind against the run of play. After a sustained period of attacking pressure by Lane Cove West, a combination of a defensive mix up and a failure to clear their lines saw a Lane Cove striker bundle a messy effort into the GFC goal to take a 1-0 half time lead.

The GFC emerged in the second half with renewed vigour and hunger, determined to salvage a result, and it didn’t take long until they were back on level terms. After receiving the ball in a fairly innocuous position, 30-odd yards out from goal, Chris “the vault” Banks only had one thing on his mind as he danced his way clear of the defence and unleashed an absolute rocket of a left-footed effort, struck squarely off his GFC tattoo “sweet spot”, that sailed into the far reaches of the top left corner beyond the stranded Lane Cove keeper. Bulge in the old onion bag, 1-1, game on.

And almost immediately from the kick off, the GFC incredibly found themselves in front. The ball again made its way to “the vault”, and sky-high with confidence after opening his account, he had no hesitation in firing an effort toward goal that, despite being struck straight at the keeper, was hit with such venom and at such speed, that it rocketed between the keeper’s legs before he even had a chance to react. 2-1 to the GFC, the old onion bag overflowing, Lane Cove West shellshocked.

The GFC have never been a side to sit back and defend a lead, and today’s game was no different. “the vault” was hungry for a third goal to complete his “kwastrick”, sub striker Cam “the wild card” Parkes was causing the Lane Cove defence all sorts of trouble with his weaving runs and clever hold up play, glory run merchant Aidan “papa smurf” Giles was thrown into the fray, and winger Brett “hello kitty” Ritchie exploded into life with a series of dangerous runs and clever passes from the left flank.

As the full time whistle approached, the GFC found themselves under increasing pressure as the desperate Lane Cove West side threw players forward in search of an equaliser. And in the end, it would prove to be their defensive efforts, particularly late in the second half, that secured victory for the GFC. Incumbent  fullbacks and resident heartbreakers, the brothers Daniel “the silent assassin” Patten and Murray “the general” Patten, were rock solid and tireless in defence in the face of relentless Lane Cove attacking pressure down the flanks.

And in the centre of the park, the GFC midfield were given a staunch early season test by Lane Cove West’s tricky ball playing midfielders, but the GFC’s engine room of Matty “the lighthouse” Steele and reigning player of the year Gareth “the barometer” Morrow were outstanding, nullifying the threat from the Lane Cove midfield with tireless defensive efforts in the second half, as well as contributing smartly in attack throughout the game.

As the final whistle sounded, the GFC retired to the fabled Asquith bootroom for a thunderous rendition of their famous victory song to the delight of the rapturous GFC supporters.

In the post-match press conference, overjoyed GFC Coach Leigh “the footballing pilgrim” Bennett was quick to praise his new defence, particularly debutant Chris “don’t hate me because I’m related to Heath” Favaloro who was rock solid at sweeper, providing first class organisation at the back, tough as nails tackling and composure on the ball, and his dovetailing with the ever reliable Rob-riguez, who himself was dominant in the air and staunch in the tackle, appears to be a new footballing romance in the making.

Coach Bennett also praised his new goalkeeper Nat “my fashion beard makes me look german” Crispin who had a solid debut between the sticks, making some smart saves coupled with improved distribution, an encouraging performance by the debut keeper, who will hopefully complete the defensive jigsaw puzzle for the GFC as the season progresses.

As news of the GFC’s victory filtered through, the SBS studios were a hype of activity. Ned Zelic and David Zdrillic were having a fiercely contested footballing discussion in one corner, punctuated by Ned’s over-the-top, ridiculous hand gestures which caused quite a commotion as he sent Zdrilla’s latte tumbling to the floor at one particularly animated point of their discussion.

In the other corner, a far more one-sided conversation was taking place between Craig Foster and Les Murray, as Fozz recounted endless tales of his recent footballing pilgrimage to Barcelona, a city he described to Les as a “celestial oasis of aesthetically invigorating football”. Sick of hearing Fozz’s never-ending waffle, Les quickly changed the subject to the GFC’s impressive first round victory, and for a few brief moments, the pair were in agreement that the GFC had started the season with a resolute fight-back and deserved victory and both looked forward to seeing the GFC’s progress over the next few rounds as they hit their stride.

As Les paused for the briefest of moments, Fozz seized the day and quickly returned to recounting stories of his adventures in football’s holy land. Les cringed as Fozz’s rant continued, and as the silver-haired one began staring off into the distance waffling on with another superfluous tale, Les took the opportunity to quietly slip away and out the back door, leaving Fozz talking to himself. Several hours later as the cleaners made their way through the now-empty studio, Fozz could still be heard rambling on still about how “Barcelona has resolved the footballing struggle between art and efficiency, beauty and results to unequivocally prove they are one and the same.” 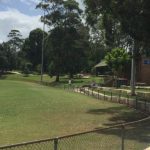 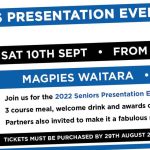 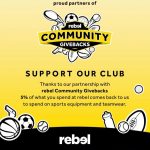